SSB 12/5/21: Success is the second worst thing for your company It’s been said that “Success is the second worst thing that can happen to a company.”

The Rise and Fall of Sears 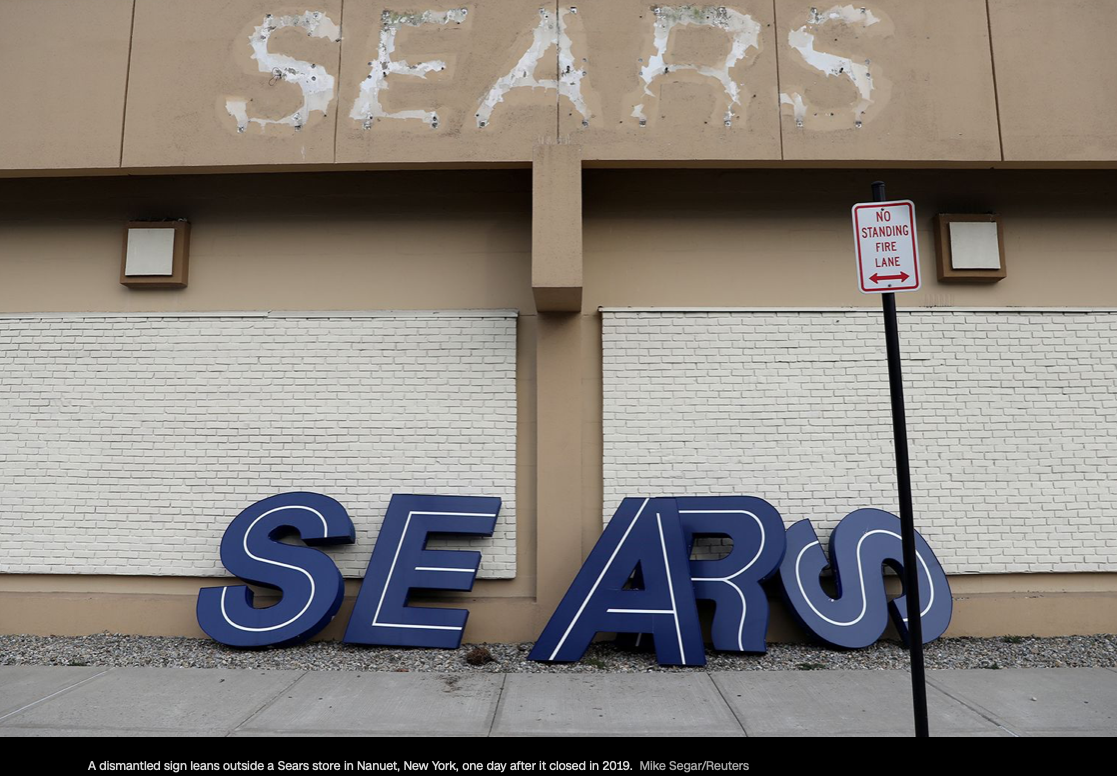 How the retail store that taught America how to shop navigated more than a century of economic and cultural change.

From its start, as a 19th-century mail-order firm, to its heyday on Main Street and in suburban malls, and from its late 20th-century reorientation toward credit and financial products to its attempted return to its original retail identity, Sears has mirrored the ups and downs of the American economy. It was a distribution arm of industrial America. It drove the suburbanizing wedge of postwar shopping malls. It helped atomize the industrial economy through manufacturer outsourcing in the 1970s and 1980s. It played a key role in the diffusion of mass consumer culture and commercial values. For better and for worse, Sears is a symbol of American capitalism.

The catalog that ruled before the internet was born

In an era when print media reigned supreme, Sears dominated the rural retail market through its huge catalog, an amazing work of product advertising, consumer education, and corporate branding

Sears wouldn’t really lose any footing until the 1970s when new challenges emerged. Skyrocketing inflation meant low-price retailers such as Target, Kmart, and Walmart, all founded in 1962, lured new customers.

For more Sears history here is the link-
https://www.smithsonianmag.com/history/rise-and-fall-sears-180964181/

Jancast # 113 is up!
The year is almost over with only two Jancast’s left in December. In this episode, we recap the discussion we had in Jancast # 112 about electrostatic sprayers and the feedback we have gotten. We discuss last week’s ISSA show in Las Vegas, GBAC changes, and next year’s show in Chicago.

After that, we get into Omicron, how to say it and what it means. The news is changing rapidly on how bad this variant will be versus the Delta. Studies have found that pets and other animals carry CO-V2 so be careful when you are out hunting or kissing your pets. We close with the news that EPA extends the EVP policy (Emerging Viral Pathogen Program) that we know as the “N” list.